Rotarians Urged to ‘Level Up’ 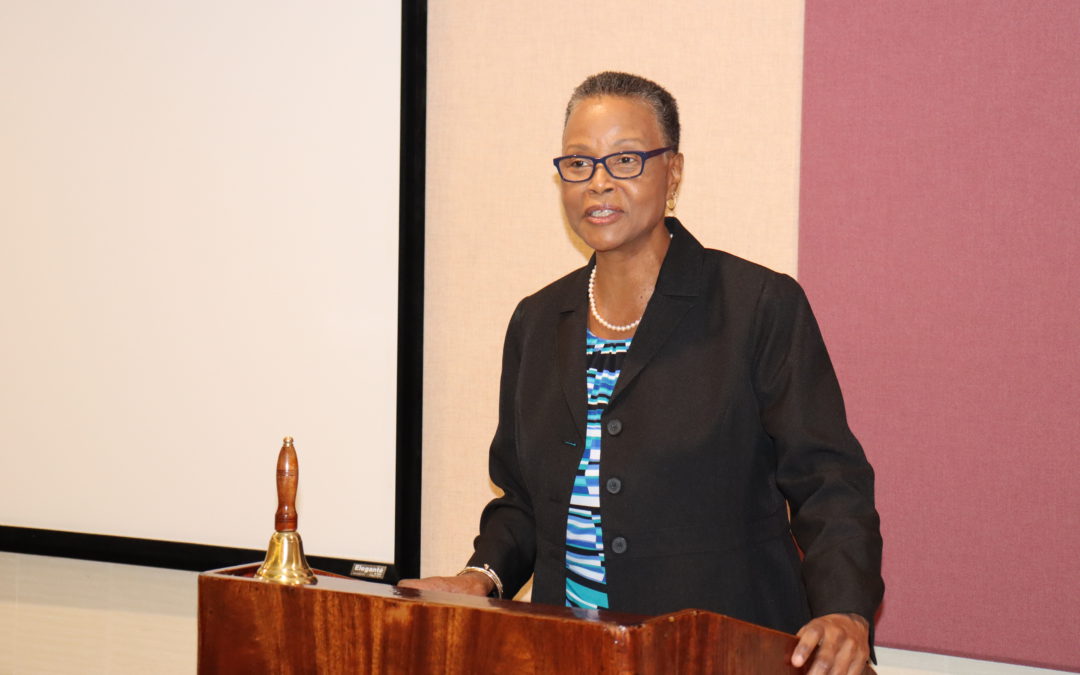 Interim President of the Bahamas Technical and Vocational Institute (BTVI), Dr. Linda A. Davis, recently urged Rotarians to upskill and reskill, particularly as there is a rise in what has become the digital workplace.

Dr. Davis was addressing members of the Rotary Club of South Ocean on the importance of training during Vocational Month for the international service organisation. The group, which meets at The Pointe, is the newest Rotary Club in the country. Members were told that training keeps team members on the competitive edge, resulting in a higher level of retention and improving morale.

“When you upskill or reskill, you make yourself more marketable. Gone are the days when organisations hired you to do one thing.  Today’s organisations are seeking employees with multiple skills…I can assure you that with the swift innovation we see today, if training is not a part of your growth engine, you could very well be left behind,” said Dr. Davis.

Dr. Davis noted that her thoughts were solidified when two days before her presentation, Fortune Magazine’s in an interview with Mark Elliott, Chief Financial Officer of American consulting firm, Mercer, said what was a war for talent is increasingly becoming a war for skills. His comments came after the release of Mercer’s 2023 executive outlook survey.

Dr. Davis added that training results in the elevation of the human resources capacity of the country.

“The investment is not just in you, but it’s an investment in the labour force and ultimately the growth of the economy. After all, we are marching towards the 50th anniversary of an independent Bahamas and we all should want the best for the economy of our island nation,” she stated.

Additionally, Dr. Davis told the Rotarians she considered them change agents, adding that the team at BTVI is the same.

“As an institution, we have a national mandate to bridge the skills gap. We understand our assignment to train workers to be technically competent with the view of them efficiently functioning in the workplace. We also take it one step further by preparing them to start their own businesses. We understand that technical vocational education and training is the bedrock of our society…who in here hasn’t at some point needed a carpenter, an electrician, a plumber or a barber?” said Dr. Davis.

Meanwhile, the Rotarians were encouraged to step out of their comfort zones and add to their skillset.

“The reality is, what you learned at university 10 or 15 years ago is probably not as relevant today. That degree looks good, but additional certifications make you even more marketable… train as many times as you can. ‘Level up,’ as they say,” stated Dr. Davis.